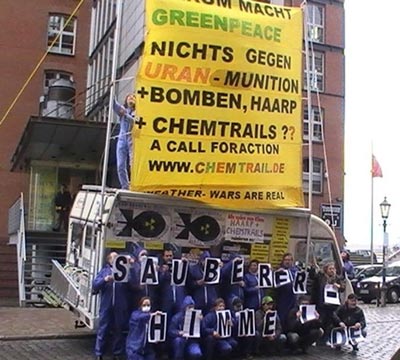 END_OF_DOCUMENT_TOKEN_TO_BE_REPLACED

Thanks & Grazie & Merci beaucoup for translating!

With a 16 square-metre banner with the inscription “Why does Greenpeace do nothing about uranium munitions and bombs, HAARP, chemtrails? – A Call for Action” (see photograph) and placards with other slogans, the long-term chemtrails activist Werner Altnickel, together with concerned fellow activists from the citizens’ initiative “Sauberer Himmel” (clean sky) (www.sauberer-himmel.de), demonstrated in front of Greenpeace’s headquarters in Hamburg, demanding action from Greenpeace.

Greenpeace’s earlier slogan in German “Taten statt Warten” (action instead of waiting) seems in the case of these subjects to have mutated into “waiting instead of action”. Greenpeace has withdrawn to passive positions, trusting blindly in state and private institutions and doing no related research itself. The “air measurement bus” has been sold, for example. Why? Is air pollution a thing of the past? Or is the problem that one might be embarrassed to find something in the air other than, say, diesel exhaust?

Werner Altnickel also argues that the “Peace” in Greenpeace’s title years ago lost its justification and should be removed from the name, as Greenpeace for a long time has taken no action against the wars started by NATO, e.g. in Afghanistan, Iraq and now Libya. Hundreds of thousands of civilian victims and huge areas of ruined land seem to play no role any more for Greenpeace. From Greenpeace, the action group working with Werner Altnickel demands independent research and taboo-free involvement on the following subjects:

It is totally incomprehensible that Greenpeace should have remained silent about the long-term genocidal application of (so far) more than 2,500 tons of uranium munitions) approximately one millions projectiles by US and NATO troops. The microscopic uranium nanodust leads to a multitude of other illnesses from lung cancer to birth defects in the children of the populations under attack, as it continues to radiate for hundreds of thousands of years. (See the film: “Deadly Dust” by Frieder Wagner). According to a British study, says the Sunday Times of 19.2.2006, a proportion of this uranium dust is spread far and wide by storms, eventually reaching Great Britain. But Greenpeace is terminating its “Atom-free Seas” campaign. Critique of the military seems to have become absolutely taboo for Greenpeace.

Another taboo subject for Greenpeace are electromagnetic weapons systems such as, for example, the US HAARP transmitting facilities in Gakona (Alaska) on which the EU Parliament as early as 1999 proposed a ban, unfortunately to no effect. The EU document calls HAARP “a weapons system which disrupts the climate”, for example by manipulating global weather patterns. It characterizes as unacceptable “manipulation of global weather patterns and punching of holes in the ionosphere, in violation of the Arctic Treaty”. The European Parliament also criticized the “development of weapons for the manipulation of the human brain”, calling for them to be banned. As early as 1994 the International Red Cross was warning of the potential danger to human health of the HAARP facility and of its capacity to influence human mental functioning.

In April 1997 the then US Defense Secretary William Cohen in a speech at an anti-terrorism conference in Georgia said, among other things: “others are engaging even in an eco-type of terrorism whereby they can alter the climate, set off earthquakes, volcanoes remotely through the use of electromagnetic waves.”

The celebrated alternative Nobel-Prize-winning scientist Dr. Rosalie Bertell in her book “Planet Earth – The Latest Weapon of War” named all the geophysical weapons systems and the tests that had at that time taken place. She said: “Electromagnetic weapons have the capacity to induce effects such as earthquakes over intercontinental distances at targets of their choice anywhere on earth, with a power equal to that of large atomic explosions.” She confirmed that US military scientists are working on weather systems as a potential weapon. “The methods include the intensification of storms and the diversion of vapour streams in the earth’s atmosphere in order to produce targeted droughts or floods.” She takes a position vehemently against the conducting of environmental warfare, explicitly identifying production of earthquakes as a weapon of war in practical application.

In 2005 the India Daily wrote that several other states possess similar installations for tectonic and weather warfare and more and more states are undertaking detection of the manipulations and devising counter-measures.

The scattering of polymers and metallic or sulphate particles from planes over wide areas of the earth’s surface is also playing an important role in global weather manipulation, which is officially described as “geoengineering”. The Intergovernmental Panel on Climate Change, the planet’s “weather council” as early as 2001 favoured the distribution of metallic particles to reflect back into space the rays of the sun; albeit with the side-effect of producing a “white sky” (IPCC 2001-S.333-334).

Defending the atmosphere in the US Congress in 2001, several-times would-be presidential candidate for the US Democrats Dennis Kucinich cited the Space Preservation Act, mentioning chemtrails, tectonic weapons systems and mind control.

On 12.01.2011 the former head of the FBI in Los Angeles Ted Gunderson took a position on chemtrails, saying among other things: “The death dumps, otherwise known as chemical trails, are being dropped and sprayed throughout the United States and England, Scotland, Ireland, and Northern Europe. I have personally seen them not only in the United States, but in Mexico and in Canada. Birds are dying around the world. Fish are dying by the hundreds of thousands around the world. This is genocide. This is poison. This is murder by the United Nations. This element within our society that is doing this must be stopped. I happen to know of two of the locations where the airplanes are that dump this crap on us.

Four of the planes are out of the Air National Guard in Lincoln, Nebraska. And, the other planes are out of Fort Sill, Oklahoma. I personally have observed the planes that were standing still in Nebraska – Lincoln, Nebraska – at the Air National Guard. They have no markings on them. They are huge, bomber-like airplanes with no markings. This is a crime: a crime against humanity, a crime against America, a crime against the citizens of this great country. The must be stopped. WHAT IS WRONG WITH CONGRESS? This has an effect on their population, and their people, and their friends, and their relatives, and themselves. What’s wrong with them? What’s wrong with the pilots who are flying these airplanes and dumping this crap, this poison, on their own families? Somebody has to do something about it. Somebody in Congress has to step forward and stop it now. Thank you. I’m Ted Gunderson.”

The abovementioned alternative Nobel Prize winner Dr. Rosalie Bertell on 3rd May 2005 said: “I think that chemtrails are also a vehicle for other forms of biological and chemical warfare.”

Greenpeace wants to know nothing about all this:
When Werner Altnickel presented the subjects of “chemtrails” and “HAARP” to Greenpeace, submitting numerous documents for further research, he was told in 2005 that “these matters are not compatible with the objectives of Greenpeace.”

It is beyond comprehension that a world-wide environmental organization such as Greenpeace should remain silent about all these subjects, which represent a massive threat not only to human beings but to the planet’s living environment in toto.

Werner Altnickel has reams of material in his possession on these subjects, and could provide even more. 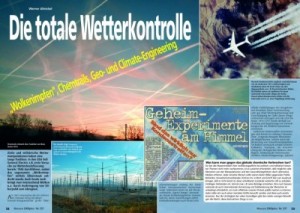 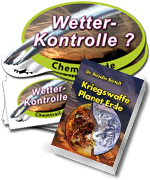 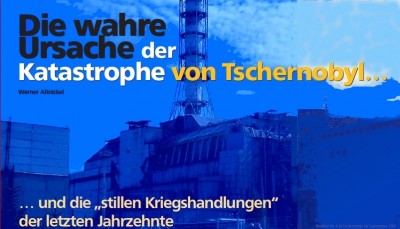 Global March against Chemtrails and Geoengineering in Berlin 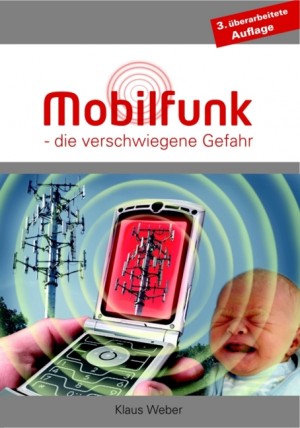 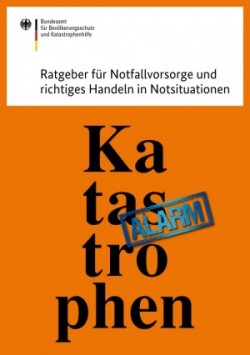 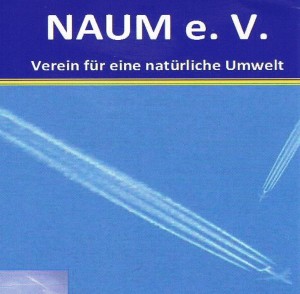